So 13 days in South Korea has kind of been a blur. A little due to the mid-trip food poisoning, a lot due to my insomnia-induced goldfish memory.

We had to flee China on the 2nd due to V’s 72-hour visa. Which, I ain’t even mad at as we desperately needed the Googs to research what to do in Shanghai on part b of our China trip.

Landed in Seoul. INTERNET! GOOGLE! INSTAGRAM! FACEBOOK! SNAPCHAT! Which, yeah, yeah, probs don’t need to be that connected to the internerds while travelling. BUT IT’S NICE AND YOU KNOW IT.

Day 1
We kicked South Korea off with some traditional noms of banchan, those side dishes served at the beginning of a Korean meal. So mini. Much cute.

Day 2
Went for a run. As a preemptive measure against all the food we’ll be consuming. But, let’s face it, it’ll never be enough. Went to Gwangjang Market, one of the oldest and largest traditional markets in South Korea.

Had live octopus, sannakji, and a boat load of street food. 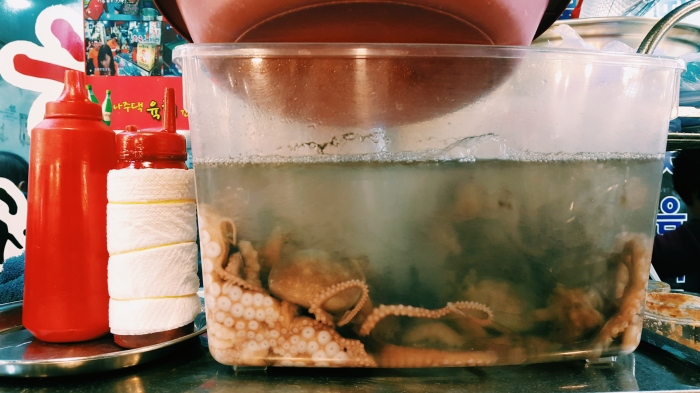 Day 3
V bought a bunch of Korean cosmetics so we attempted the “Korean look” of super pale faces, big eyebrows, and bright pink lipstick. Could not get as white as the Koreans due to being tanned af #aznfail. Also, Korean eyebrows make me look real sad all the time.

Touristed at Gyeongbok Palace, National Folk Museum of Korea, and Bukchon Hanok Village. Had dinner in a street food tent near the hostel and met a couple of nice Korean girls that studied in Canada 😊 and drunk Korean business men 😒. I think one of the men were trying to impress us (?) by yelling “FRIGGING NOODLES” over and over again. Much impressed. The food tent lady said we ate a lot because we mis-ordered. 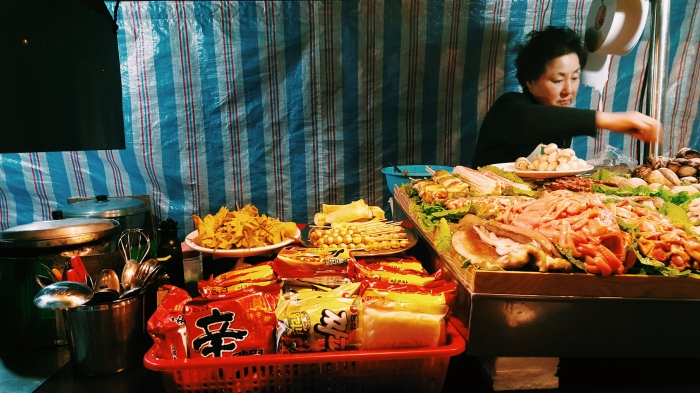 In our defense, we thought we were ordering individual skewers and not plates of multiple skewers. The most delicious mistake.

I’m so against paying to go up towers. Do not get.
Found an outdoor gym WITH BENCH PRESSES. Worked out. Obvs. Proceeded to freak out old Korean men by lifting all the weights.

Day 5
Went on the half-day DMZ tour. Spilled coffee on my crotch on the bus. Classic Kelly. At the first stop, Imjingak Park, I was lucky enough to witness an older man (40-50?) offer a younger lady (mid 30s?) a bite from his already half consumed ear of corn. Which, hilarious. Most interesting part of the tour was the 3rd Infiltration Tunnel. The 3rd Tunnel was this long ass tunnel that the sneaky NK bastards had dug for a surprise attack on Seoul despite the 1953 armistice agreement. We were allowed to walk down approx. 400m of the tunnel until we reached the blockade (170m from the MDL + NK, what!). The tunnel was obviously dug for tiny Asians – total height less than 2m – and me, being a cocky ahole, giggling at V for having to essentially gaucho walk the whole thang, baaaaaashed my head twice on the occasional parts that was less than 5’2″. Head injuries are good for insomnia right? #whatconcussion 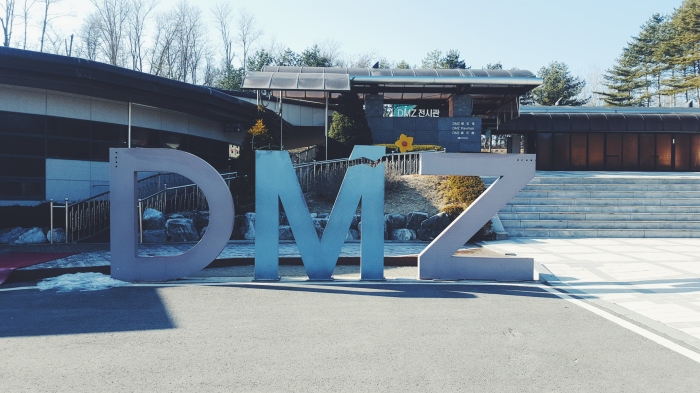 I bought expensive ginseng that’s supposed to magically solve my insomnia BECAUSE I’LL TRY ANYTHING GUYS. Grown for 6 years? Not exported outside of Korea? Sold. 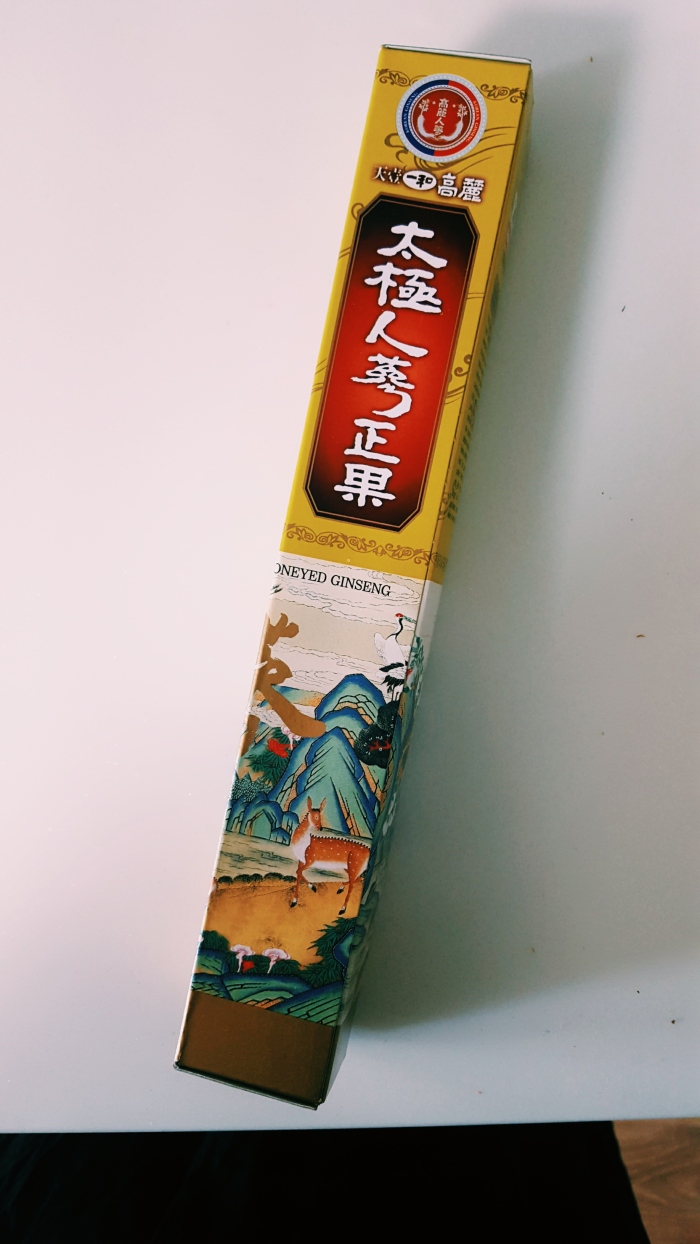 Then we demolished a whole plate of fried chicken in 7 minutes before heading off to Busan. Eating like a lady is overrated.

Day 6
In Busan. We went for a hunt for a traditional Korean spa. Unfortunately we were turned away as V’s tats were considered a “skin disease” 😂😂😂. Funny. But, not funny because no spa. To make ourselves feel better about the no spa, we went to Jagalchi Market and ate all da seafood. Splurged on a crab.

So worth it. Consumed 2 bottles of soju and drunkenly walked through BIFF square, which resulted in us inhaling 2 waffles in like 0.00003 seconds.

All the hill walking made us decide that we had earned some Korean fried chicken and expensive Korean strawberries.

Day 8
Both woke up with food poisoning. Who’s the culprit? The strawberries? The fried chicken? Swearing off both for an indefinite period of time. Stayed in the hostel and cruuuusssshed Atelier on Netflix #bingewatch. What. I’m brushing up on my Japanese. Our lovely, lovely hosts at May’s House made us congee.

Day 9
Left for back to Seoul. We were going to train hop and see other parts of South Korea, but the fp made us so weak. So nooooo train-hopping for us.

Day 10 – 13
A blur of slowly walking around various areas in Seoul,  Hongdae, Gangnam, etc., being sick makes for bad tourists.

And took selfies. A lot.