So happy I got to catch Takashi Murakami’s The 500 Arhat’s exhibit at the Mori Art Museum. It ran from October 31, 2015 to March 6, 2016. So, I guess if you’re reading this now, you missed it #whoops – bad blogger alert. He’s probably one of the most influential and well known Japanese Contemporary artist right now.

Anyways, before I go on about the exhibition, in the same tower (Roppongi Hills) you also get the chance to buy a ticket to Tokyo City View. Essentially a city observation deck where you can take in the Tokyo skyline. 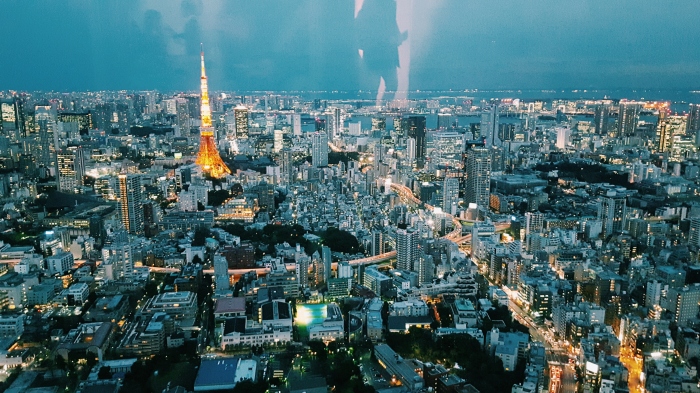 Now we all know I’m totes against paying to go up towers. But I wasn’t paying. So we went up the tower. ¥1,800 people. Plus that doesn’t include the Sky Deck – which, for argument’s sake, is the actual cool part. The Sky Deck is an outdoor deck that’s located 270 metres above sea level. I don’t actually know what that translates to “how far am I from the ground?”. For the privilege of hanging around outside and letting your fear of heights get the best of you is an extra ¥500. 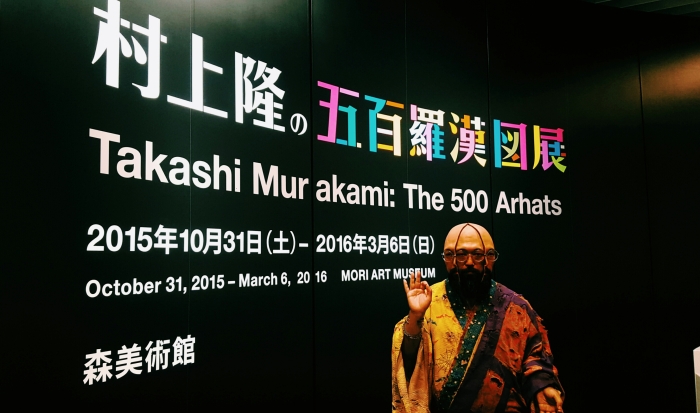 Admissions to Murakami’s exhibit was ¥1,600. How stupid is the fact that you have to pay more just to see a view of the city? It’s less money to spend moar hours looking at art. This world is pretty dumb sometimes. This backs up my claim that paying to go up towers is a SCAM!

Takashi Murakami is an contemporary Japanese artist, maybe best known for coining the term superflat. From what I remember from the exhibit, and it’s probably on the internerds somewhere, he originally wanted to become a manga artist (which actually is quite a coveted and respected profession) but couldn’t cut it (?) and became a fine artist instead. Oh, how many thousands of art school kids wish that they could be so lucky. Also, if that’s incorrect, meh. My memory is one of a goldfish’s. Please read about it from people that are more well-versed in Japanese contemporary art than I, but superflat is essentially the flat aesthetic of graphic design combined with subject matter that are of kitsch Japanese (in Murakami’s case) kawaii culture. I think. There’s also something somewhere about the “shallow emptiness of Japanese consumer culture”. I think. #iknownothing

Maybe I shouldn’t try to summarize an art movement in one half of a sentence. I’m sure that this topic will soon become a 3am spiral down the wikipedia rabbit hole for me.

There’s some controversy about some of the sexual graphic nature of his work, but I think that’s actually some of his more interesting work. I’m actually not a big fan, aesthetically, of some of his pieces. But I don’t know enough about his motivations and concepts to comment about his art in general. 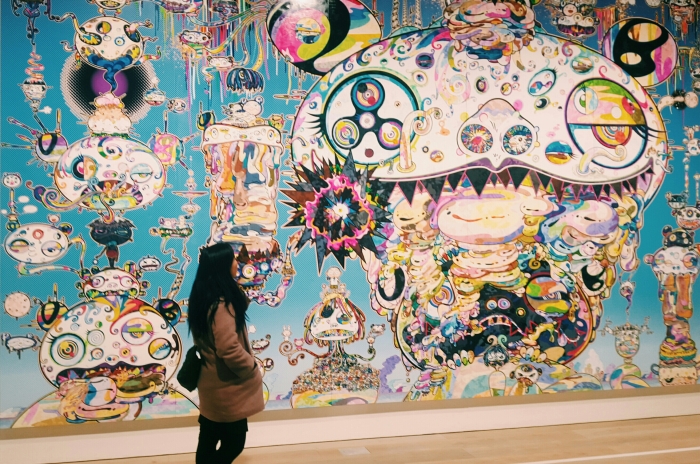 I am a big fan of his tigers doe.

And also this puppy-bear-monster in his Arhat series. So dope.

I super enjoy when artists appropriate religious concepts into art. Which, is what I attempted to do with my BFA grad show.

Actually, every time I go to an art exhibit I get this immense feeling of guilt for not making more art.