Well, I obviously failed at my goal to wrap all this up before 2018. Buuuuut, I’m trying? Not hard, obviously, but still trying. That counts right?

Sooo, let’s see…we spent New Years Day bumming around Melbs – took T. to St. Ali’s to experience more #melbournecafeculture and then I went to see a movie with M. for her birfday.

Picked up our new rental car (a real one this time, no Jucy– no useful arrow to tell us to stay on the right side of the road 😒). We bought some Zumbo treats for the drive – an act that we repeat many a times on our roadtrip cos #treatyoself. 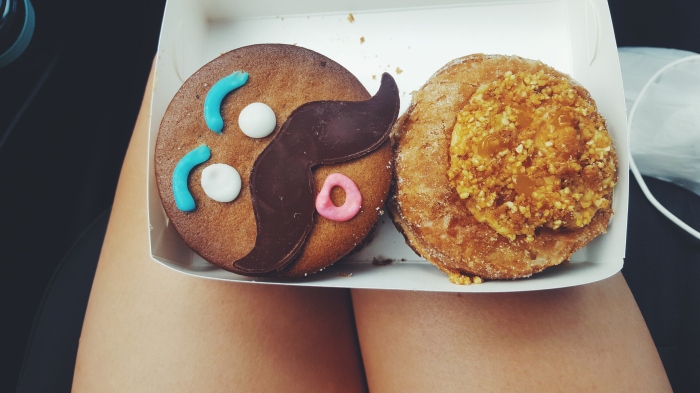 Drove the winding-est (is that a word? As in a shit load of turns) road up to Walhalla. It used to be a gold-mining town but now it only has 20 permanent residents, so novelty value was high. 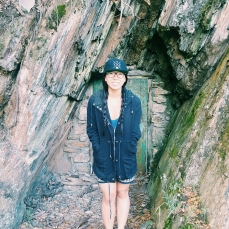 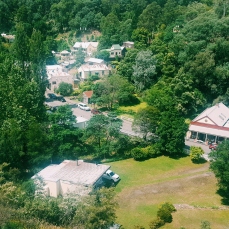 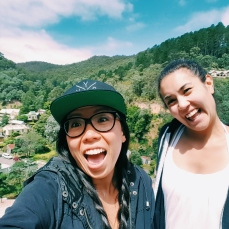 The town itself was nothing too special, but we did get pulled over to take a breathalyser. At 2:30 p.m., like wtf rural Australia – why is that a time for routine checks?

We then drove to Metung and stayed at this Airbnb. Would recommend – the place was super nice and the hosts took me on a trial run with their cute pupper. (I ended up messing up my knee, because who does cardio anyways?)

Day’s highlight: a little secluded beach that we had (almost) to ourselves, the very aptly named Secret Beach in Mallacoota. 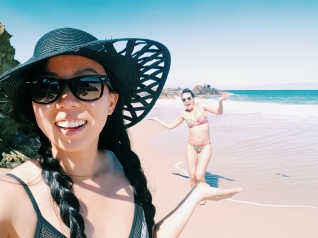 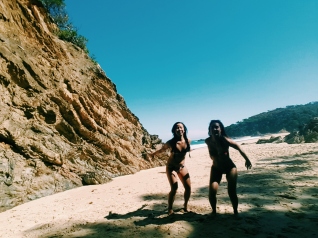 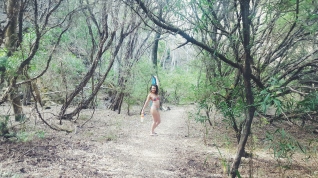 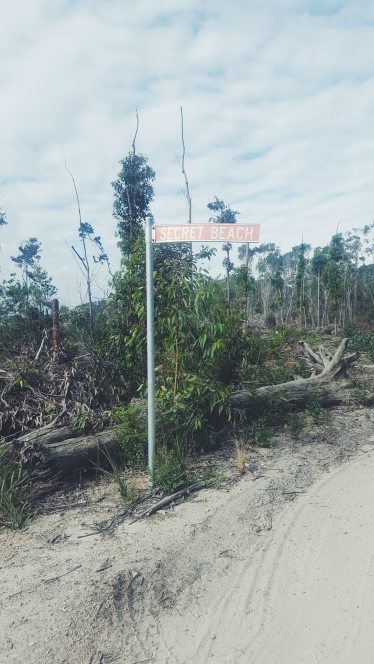 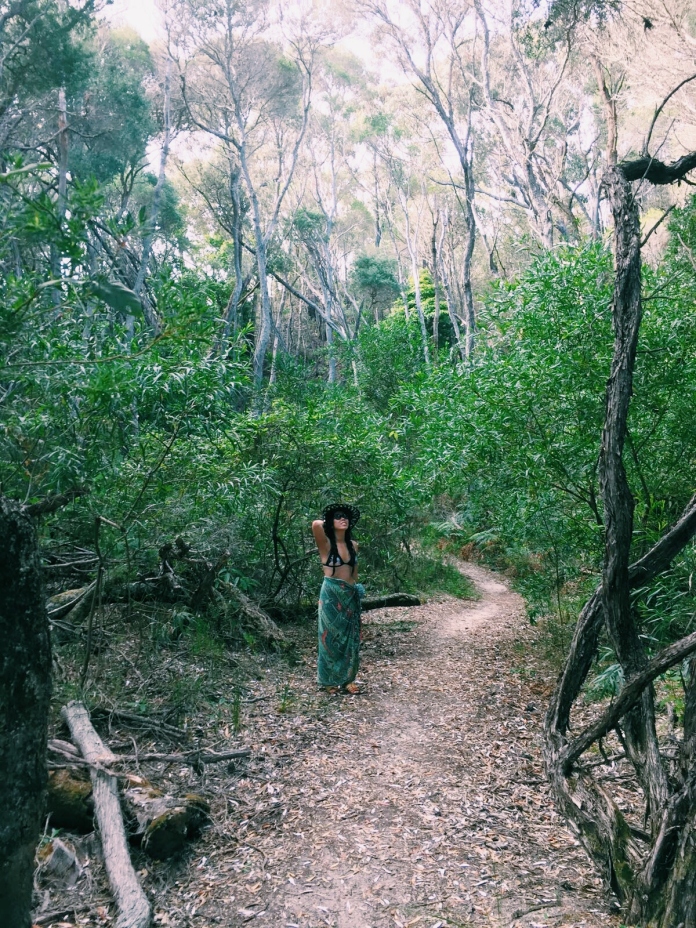 Tried to get some award winning oysters from Pambula, but poor planning meant we had disappointing fish and chips in Merimbula instead. 😢

Stayed at this Airbnb – we got an amazing basement suite to ourselves and the lovely host offered a cute little brekkie with croissants and preserves and cheese. 2 out of 2 – I’m killing it so far with (Airbnb) accom choices.

Got on the road early but left my coat at the Airbnb, so had to drive back #classickelly. Drove to Tathra Beach for a mid morning tea, and T. bought copious amount of pastries although we did just have croissants for breakfast. 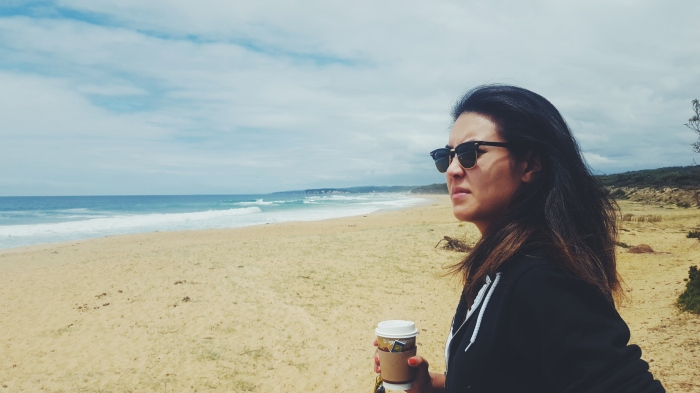 Drove through Mimosa Rocks National Park, checked out some lagoons (not swimmable despite the internerds saying otherwise), hung out at Narooma’s Surf Beach for our daily beach stop. 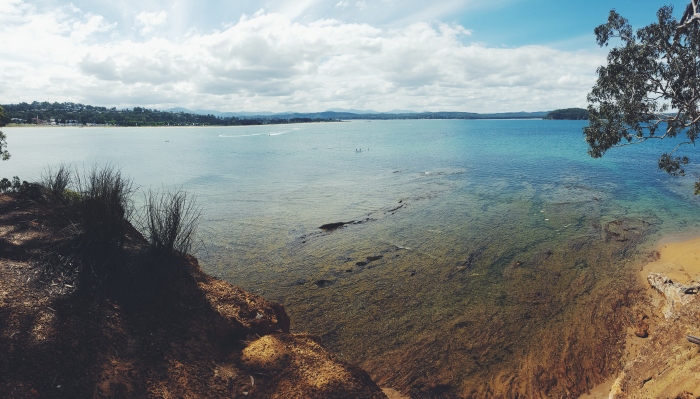 Stayed at the Coolangatta Estate – thought it’d be nice to stay at a winery so that we could both partake in some alcohol. Too bad their wine was not delicious. 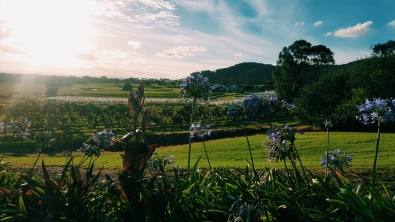 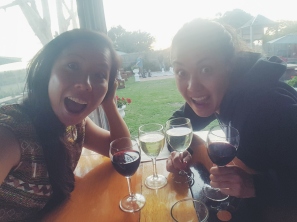 That didn’t stop us though. 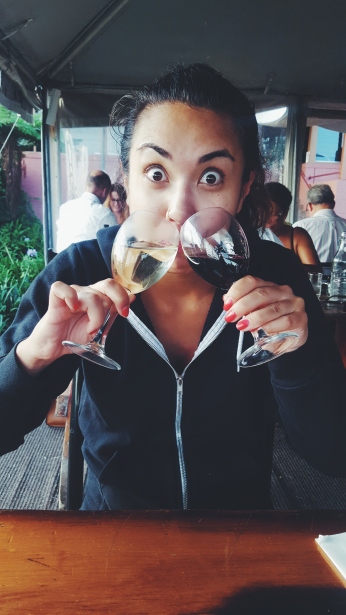 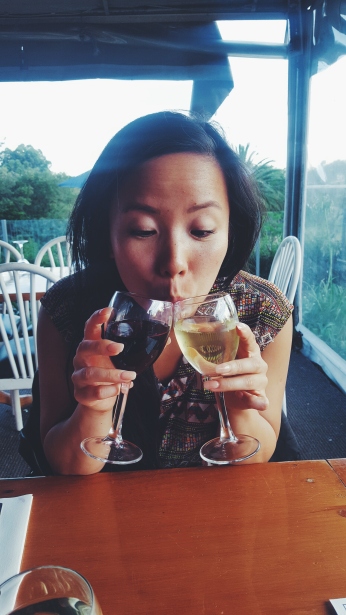 Accoms were okaaaaay – don’t think I’d recommend this one. Unless, you know, you had to.

Woke up to rain this morning (boo!) but carried on to check out some blowholes in Kiama in the rain.

After lunch in Kiama, we decided to ditch the rest of the day’s plan to go to the Illawarra Fly Treetop walk and drive through the Blue Mountains cos our mamas ain’t raised no fools (aka we didn’t want to die in a tragic car accident trying to drive up slippery winding roads with a car that drove on the “other side”).

We drove straight into Sydney, the skies cleared up a bit when we got in so we decided to go chill at Manly for our #dailybeachstop before heading to T’s cousin’s (where we stayed) for a delicious home cooked meal. 😋

Stay: Airbnb, Airbnb, shitty vineyard (I’ve come to the conclusion that anything I thought was “cute” was in fact, the most uncute of all the accommodations), T,’s cousin’s.
Melbourne to Sydney Summary: 4 days, 1200+ km fuelled by a absurd amount of pastries and Adele. Thanks T. for navigating the insanity that is Sydney tunnels.
Duration: Jan 02 – Jan 05